A Millionacres Debate: A Great Time to Invest in Office Space?

By Marc Rapport and Lena Katz

Investing in office space can mean a lot of things, from urban high rises to sprawling suburban office parks to small-town duplexes that host a law firm and maybe an accountancy. Heck, throw shared office and co-working spaces in there, too.

The one thing they share right now is the pandemic’s impact on demand for that segment of the commercial real estate industry as millions of people now work from home and uncertainty reigns over how many will stay there.

So, is now a good time to take advantage of lower prices and the potential for recovery, or is it time to look elsewhere with your real estate investment dollars?

Here, Millionacres writers Lena Katz and Marc Rapport stake out positions on either side of that debate. First, Marc shares why he thinks it’s a good time to find a good deal.

The case for office investing: Human nature and economic cycles

There’s little argument that office space is taking a pounding during the pandemic. A nation of office workers became telecommuters almost overnight, after all. Just how many can only be estimated, of course.

Here’s what the Dallas Fed said in a July blog: “We document that 35.2% percent of the U.S. workforce worked entirely from home in May 2020, up from 8.2% in February. … We find that 71.7% of workers that could work from home effectively did so in May.”

It’s pretty easy to find similar numbers from other data crunchers, and while it sounds like I’m making Lena’s point and not my own, I think those raw numbers don’t really address the human element and a basic economic reality.

The first is that people want to be together. It’s just human nature to want to be around other people, at home and at work. There’s tons of social science research and anecdotal evidence for that. It’s something we just know. Here’s a good quote, which, while from an office furnishings supplier’s blog, I think encapsulates a lot of that thinking: “The simple joy of coffee with coworkers in the café. Sketching out ideas on whiteboards, post-it notes, and digital displays in comfortable meeting spaces. It’s the collective energy and vibe of a space full of people united in a common purpose.”

That kind of in-person collaborative setting is going to be ever-more imperative -- when possible given the global nature of so many businesses -- as we move further into the new normal of ideas-driven enterprises.

Now, the other point is more purely economics. The plummeting demand for office space is cyclical, just as so many markets just naturally are. Of course, this is a cycle tragically set in motion by an epic plague, but it’s a cycle, nonetheless. And even if not as many people come back to the office in any specific market or building, those that do may well require more space, making up for some of that deficit.

Plus, some of that space requirement is simply moving around. Look at Silicon Valley. Sure, icons like Hewlett-Packard are leaving, in this case for Houston, but they’ll need office space there.

Look for the right place and the wrong pricing

So, it comes down to geography. In that case, I’d point to what experts like the folks at MetLife Investment Management have to say: "Some of the markets likely to experience the worst impacts in the near-term (2021 and 2022) may also have the strongest demand over the next decade, potentially creating a unique buying opportunity in coming quarters."

That report is about mispricing in the market right now, and it includes a list of markets where that’s most pronounced. Mispricing, of course, means bargains for those able to spot them and capitalize, especially in the long term, as the cycle swings back.

The case against office investing: The professional paradigm has shifted

In order to be bullish on investing in office space right now, you must believe that when "business as usual" resumes, it’s going to return to an office setting. But there is no particular reason this must be so, as many of the big tech companies were quick to realize. And many workers are very comfortable with their new work-from-home lifestyle.

Before the pandemic, millions already chafed at the physical requirements of being tethered to a workplace even though their job could be done from anywhere. "A 9-5 office job" is the setup for countless personal evolution stories, the next sentence being, "So I quit, and I never looked back."

Granted, what happened to the white-collar workforce this spring was not a personal choice on the path to fulfillment. It was forced, and in many cases came with a pay cut or a switch to contractor status. But the mass exit from physical offices to a distributed workforce norm has happened. And people have discovered that the tools to communicate, collaborate, and execute business without ever going into the office actually exist.

Weighing the pros and cons of remote vs. in-office

From this point, it becomes a matter of comparing results and employee sentiment.

Then, factor in health safety issues over the next 6-12 months. Infection is a real risk when you have many people in one enclosed space. Is the increased risk factor worth the additional oversight and potential increased output?

On top of this, a lot of business owners welcome the lower operating expenses that come with having no office rent.

Forcing the return may be bad for morale

For some businesses, employees are driving the return to the office. Turns out, lots of people genuinely miss in-person teamwork, collaboration, and camaraderie. Or they want their work hours and professional space delineated again, instead of bleeding over into their family time and personal space. Or, they just miss having a nicely outfitted workstation with snacks and supplies provided. Certain people prefer the office setting, but it’s increasingly seen as an individual choice. Bosses who try to force it are getting pushback.

Will there come a time when company owners and managers demand a return to the office? Or, will people mostly return on their own, with adjustments made (i.e., distributed teams that allow for a choice of office locations)? If you’ve followed enough digital-nomad stories through to the end, then you know many of them do decide to return to a more structured work-life balance. But it’s much too early in the timeline to know whether offices will ever get back to the "old normal" again. 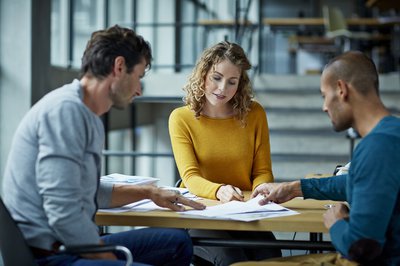