3 Apartment REITs to Buy in May

Last year was a challenging one for apartment REITs, or real estate investment trusts. The average one produced a total return of -15.3%, according to Nareit. However, there was a noticeable difference in performance between REITs focused on major metro areas along the coasts, and those concentrated on suburban areas or Sun Belt cities. That's because many renters who could work remotely moved out of cramped, high-priced urban apartments in gateway cities to save money and have more space.

However, with vaccines rolling out, that trend has started reversing. Because of that, top-tier apartment REITs focused on major metros -- AvalonBay Communities (NYSE: AVB), Equity Residential (NYSE: EQR), and Essex Property Trust (NYSE: ESS) -- should get a big booster shot this year, making them look like attractive buys for investors this May.

In a tough spot right now

AvalonBay, Equity Residential, and Essex Property all reported their first-quarter results in late April. At first glance, they looked awful since they were going up against a tough comparable period because the pandemic didn't start impacting the economy until late in last year's first quarter.

We'll start with Essex, which owns interests in 244 apartment communities in major West Coast markets. It reported an 11.8% decline year over year in its core FFO per share during the period. That's due to a 12.3% slump in NOI because of lower scheduled rents and higher cash concessions compared to the prior period. The company had to offer rent concessions to entice renters to sign new and renewal leases.

Likewise, AvalonBay, which owns interests in 290 apartment communities in 11 states, experienced some first-quarter headwinds. Its core FFO fell 18.4% during the first quarter. The culprit was a combination of lower lease rates, concessions and other discounts, lower occupancy, and uncollectable lease revenue.

A look beyond the numbers

While the first quarter was tough for these REITs, all three are seeing positive signs of improving apartment demand.

For example, as bad as Essex Property's first-quarter results seemed, they "exceeded the midpoint of our initial guidance," according to CEO Michael Schall. Further, the REIT noted that its same-property revenue and NOI improved by 0.1% compared to the fourth quarter.

Meanwhile, occupancy has improved to 96.7%, back to where it was at the end of 2020's first quarter. Those positives led Schall to comment that: "Although the West Coast markets are still in the early stages of an economic recovery, we are cautiously optimistic that declining COVID cases and widespread vaccinations will provide a foundation for a long economic expansion. Encouragingly, the large tech employers in our markets have accelerated hiring and are beginning to reopen their offices, which should improve apartment demand, consistent with our expectations at the beginning of the year."

Equity Residential is seeing similar positives with NOI in hard-hit markets like Boston, New York, and San Francisco, improving steadily each month this year. That led CEO Mark Parrell to comment that: "We are producing occupancy and pricing trends better than our original expectations and are therefore pleased to raise our full-year same-store revenue guidance range."

Parrell also noted that: "As we head into the seasonally highest demand period of the year, we see considerable positive momentum in our operations, and we expect to further reduce concessions and increase rental rates in light of the strong demand we see across our markets."

AvalonBay's CEO is also optimistic about its prospects. He stated on the first-quarter call that, "We believe we are very well-positioned over the next few years due to a number of factors, including our coastal market footprint, a portfolio that is heavily concentrated in infill suburban markets, the rising cost of homeownership, healthy performance and a ramp in our development pipeline, margin improvement in our stabilized portfolio due to innovation in the operating model, and a leadership position in ESG, where the investment we've made over the last several years is paying off in terms of opex savings and stakeholder engagement."

In the early innings of the recovery

AvalonBay, Essex, and Equity Residential have all been under a lot of pressure over the past year due to the impact of the pandemic on urban apartments in high coast coastal cities. That's why shares of all three apartment REITs have declined since the start of 2020.

However, the tide seems to be turning, which we saw brief glimpses of in their first-quarter reports. With their recovery still in the early innings, it now looks like a great time to buy any of these three high-quality apartment REITs. 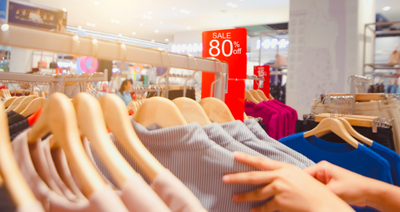 Tanger Proves It Has Recovered From COVID

Where Will Camden Property Trust Be in 3 Years?

Is Centerspace a Buy?