Mall real estate investment trusts (REITs) have been some of the real estate sector's top- performing stocks in recent months, and for good reason. The vaccine rollout is allowing local governments to loosen restrictions, and the early indication is that demand for shopping is very strong.

However, that doesn't mean these companies don't have quite a bit of upside potential ahead. Here are two mall REITs in particular that look interesting as the U.S. finally starts to return to a sense of normalcy.

Outlets plus e-commerce could be a winning combination

Tanger Factory Outlet Centers (NYSE: SKT) certainly wasn't unscathed by the COVID-19 pandemic. Virtually all of its tenants were forced to close as the pandemic started, and the resulting loss of business caused several of its major tenants to declare bankruptcy, sending occupancy plunging from 97% at the end of 2019 to below 92% at the end of 2020.

However, there are reasons to believe the future is bright for Tanger and the outlet shopping industry in general. For one thing, the company reported a 95% rent-collection rate in the fourth quarter and, even more impressive, reported that customer traffic at domestic outlet centers had reached 99% of pre-pandemic levels. Tanger remains very profitable and is doing a good job of recruiting larger-scale tenants to fill its newly vacant space. For example, Dick's Sporting Goods (NYSE: DKS) recently opened its first outlet concept store at a Tanger property.

Perhaps most exciting, Tanger is doing a great job of embracing e-commerce and omnichannel retail as a complement to its in-person outlet shopping offerings. The company launched a virtual concierge program last year that allows customers to shop the outlets from anywhere, and Tanger recently announced a partnership with Fillogic to build out its fulfillment capabilities. At its first micro-distribution center, Tanger plans to offer things like same-day local delivery of purchases and the ability for customers on vacation to easily ship purchases home. With more than $700 million in available liquidity, Tanger has the financial flexibility to build a winning omnichannel outlet experience throughout its portfolio and to invest in growth opportunities as they arise.

The leading mall operator could have a very bright future

For starters, while Tanger is the pure-play outlet shopping REIT, Simon Property Group (NYSE: SPG) is the leader. While it's best known for its top-notch indoor malls, Simon's Premium Outlets brand has a dominant market-share lead in the outlet space.

Outlet shopping is less threatened by e-commerce competition than most other forms of retail, thanks to the experiential nature of it. And as Tanger's customer traffic numbers have shown, there's tremendous consumer demand for outlet shopping.

Beyond that, Simon's main business, its large-scale shopping malls, have been gradually transformed into mixed-use destinations. The company has been actively adding non-retail elements, such as trendy restaurants, hotels, entertainment venues, co-working spaces, and more to its properties to keep customer traffic strong.

The numbers show just how valuable Simon's malls are. Even with the pandemic severely limiting its business, Simon generated more than $3.2 billion in funds from operations for the year, collecting 90% of its billed rent for the second through fourth quarters. And believe it or not, Simon's base rent per square foot actually increased in 2020.

Finally, Simon could actually be a long-term beneficiary of the pandemic's disruption. It could pick up traffic as weaker mall operators have gone bankrupt and as many retailers consolidate their physical footprints around the stores that bring in the most sales (like those at Simon malls).

Invest for the long term

To be perfectly clear, I like both of these retail REITs as long-term investments. The COVID-19 pandemic, as well as the adaptations both companies are making to compete with e-commerce, are ongoing situations, and there is likely to be significant near-term volatility. Invest accordingly. 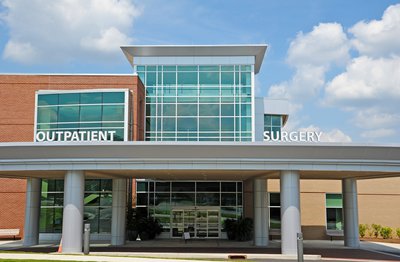 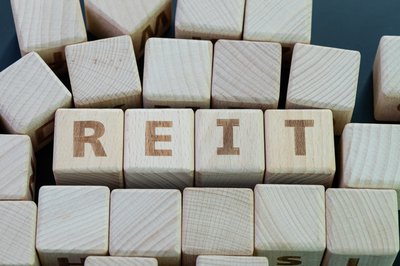 This REIT Is Down, But I’m Not Out

Where Will STORE Capital Be in 5 Years?