Wells Fargo (NYSE: WFC) announced in early July 2021 that the bank will be closing all personal lines of credit, leaving customers concerned about what the impacts may be. Previously, customers of Wells Fargo were able to access a line of credit ranging from $3,000 up to $100,000, which could be used for consolidating debt or making home improvements. The bank, which stated it made the decision to close these lines in order to simplify its loan programs last year, will offer alternative programs, such as a home equity line of credit (HELOC) and credit cards to customers in need. All open lines have been given a 60-day notice, with any remaining balances in the lines of credit being charged a fixed interest rate until the balance is paid in full.

While the closures have certainly caught the bank's customers off guard and have raised concern about the potential impact on credit scores, here's how this closure could impact the real estate market.

In 2016, Wells Fargo got into trouble over fraudulent bank accounts, in addition to charging unwarranted fees on mortgages and auto loans, which resulted in a $3 billion settlement to the Securities and Exchange Commission (SEC) and the Justice Department in 2020, in addition to tightened regulations from the Federal Reserve in 2018. This cap on its assets meant the bank wasn't able to grow its balance sheet until it met its new guidelines.

Wells Fargo has made several moves to "clean up shop" over the past few years, including improving its debt and lending ratios by reducing its loan programs. This has meant halting new auto loans and lines of credit after the start of the pandemic. This new closure will further reduce its liabilities, getting it closer to the Federal Reserve requirements.

How this impacts investors

Borrowers who were relying on their line of credit to help make home improvements or float other debt, such as their mortgage payment or rent, could be negatively impacted, as they can no longer pull from the line of credit as needed.

However, it's unlikely the closures will widely impact landlords or real estate investors. Customers can still access alternative loan programs, which could include 0% interest credit cards, a HELOC, or a line of credit at alternative lending institutions.

What it could indicate however, is that Wells Fargo is in a vulnerable position if the market were to worsen. All banks outside of a federal imposition, like the one Wells Fargo is under, are required to meet certain reserve requirements and debt-to-balance ratios. In the wake of the Great Recession, millions of loans defaulted. Banks couldn't maintain or sustain their required ratios or debt obligations, resulting in hundreds of bank closures.

The company shared its results from its latest stress test at the end of June 2021, estimating its stress capital buffer to be 3.1%, a percentage amount of incremental capital required above the minimum regulatory amount. While Wells Fargo isn't on the brink of collapse, it's severely vulnerable to a market correction, especially considering the Federal Reserve's caps.

Right now, the housing market remains strong, but 1.7 million borrowers are still seriously delinquent as of May 2021, according to the Black Knight Mortgage Report. If and when borrowers exit forbearance, the number of delinquencies could increase, and concern over COVID-19 variants and the question as to whether vaccines are effective against them means there is still a lot of uncertainty about the strength of the mortgage market in the near future.

When banks are stressed, closures of accounts, reduction in liabilities, and the removal of bad debt are some of the first plays by the lending institution to try and quickly recoup capital to balance ratios. We're already seeing Wells Fargo at work with closure of certain loan programs, although the company has failed to credit the closures of personal lines of credit as a result of the federally imposed caps but rather has stated its goal is to simplify its loan programs.

Wells Fargo's second-quarter earnings release will be shared in July and will give a better idea of its portfolio balance sheet, but distressed debt investors should be keeping a careful eye on the company's ratios, as this could be an indicator that nonperforming loan sales are to follow. 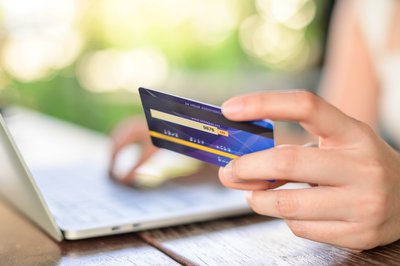 The Credit Card That Rewards Rent Payments: Is There 'Bilt'-in Value?

3 Money-Saving Strategies for Your First Home's Down Payment