How Could a Second Lockdown Impact the CMBS Loan Market?

Earlier this year, state-ordered lockdowns hit many commercial real estate properties hard. This led to a rise in delinquencies for CMBS loans. In fact, in May, Trepp reported that delinquencies hit 7.15%, the highest jump since Trepp started collecting data in 2009. The next month, it was up to 10.32% before dropping back down to 9.6%.

Widespread reopenings in June and July had many people hoping we were heading back toward normalcy, but a second lockdown could cause another rise in CMBS delinquencies. A new report from Reonomy using their CMBS data sheds light on how this could proceed.

Many of the CMBS delinquencies were in the hotel and retail sectors. Reonomy's report indicated that from March through May, the delinquency rate for loans backed by hotel properties zoomed up from 2% to 17% while retail loans doubled from 5% to 10%. These are the sectors hardest hit by widespread closures. Industrial and multifamily had the most current loans. This difference has also played out in the real estate investment trust (REIT) market with hotel and retail REITs seeing their values drop dramatically.

Where will the pain be felt next?

So far, office has fared better than hotel/retail with 92% of loans being current. One concern is whether widespread shutdowns will change that. Many offices are switching to a work-from-home model, but as Reonomy Market Analyst Omar Eltorai notes, offices often have much longer leases, often as long as five to ten years. Because of this office leases and property valuations have not seen widespread disruption, but that may change.

"For the companies that have been able to accomodate a distributed employee base during COVID with little productivity cost, they will be rationalizing their office space going forward, says Eltorai. "These companies will be considering alternatives that aim to cut their lease expenses by reducing space consumed, relocating office locations, or renegotiating their lease when they are up for renewal. This demand-side shock to the office market will put downward pressure on market absorption and leasing activity, which will challenge office property valuations through the near- and mid-term."

Another factor is the potential for government interventions. President Trump recently issued a series of executive orders while the country waits for a resolution on the next big relief package. However, most of the relief hasn't included commercial real estate. Cities and states that have had eviction moratoria have mostly focused on residential tenants and landlords. What impact could the HOPE Act have, and what other interventions are necessary on the CMBS front?

Eltorai believes that "without additional fiscal stimulus, the economic outlook becomes dimmer in the near- and mid-term, as it would be a headwind for the recent positive gains made and would likely slow down the recovery speed."

The latest data from the Mortgage Bankers Association's (MBA) Quarterly Survey of Commercial/Multifamily Mortgage Bankers Originations showed that commercial and multifamily mortgage loan originations for the second quarter of 2020 were 48% lower than they were a year ago and down 31% from the first quarter of the year. Similarly, a report from Real Capital Analytics found that commercial real estate transactions were down by 68%.

One factor that may influence future transaction volume is companies amassing funds to buy distressed assets. This is a potentially a longer-tail trend as it takes months for investors to wait for these assets to become available at the price they're willing to pay. According to Reonomy's CMBS data, 17% of hotel/lodging properties and 14% of retail properties have loans maturing before the end of 2021. That could put added pressure on some companies to sell before loans come due and perhaps before valuations fall even deeper.

Eltorai points out that, based on Reonomy's analysis of the past seven recessions over the last 50 years, for every month of recession, it takes between two and three more months for commercial property markets to recover in terms of pricing and transaction activity. What this could mean is that 2021 becomes the time when we see the activity begin to rise again.

A second lockdown or another COVID-19 outbreak this fall would be likely to trigger more delinquencies, but the wave would likely be shorter and shallower in the CRE world, partly because the hope of a vaccine or treatment continues to come closer. 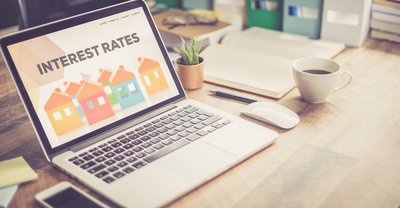 What to Do if You Can't Make Your Mortgage Payments