Cash-out refinancing rates are at the highest level in 15 years according to a recent report from Black Knight, with $63 billion in equity being withdrawn in Q2 2021 alone. But that's not the only stat breaking records. Real estate values are also at the highest levels ever, with the national average for median home value increasing 19.5% over the past year.

As more and more homeowners tap into their home's newfound equity, could this low-interest- rate environment be creating a potential housing bubble without us realizing? And if it has, can the refinancing boom go bust when the bubble bursts?

Homeowners have more equity than ever

Black Knight's report indicates that homeowners are in a better position with equity than ever before, with the average homeowner having $173,000 in tappable equity, another new record in the world of real estate. Fewer than 3% of borrowers have less than 10% equity, a notably better position than the borrowers just prior to the Great Recession, where 40% of all homeowners had less than 10% of equity.

It's no wonder homeowners are refinancing their home. Borrowers can not only pull out more money than ever, but they can do so securing a 3% or less interest rate. This can result in huge savings for borrowers depending on their circumstances and provide capital to make improvements to the property or help out financially during uncertain economic times. But it also means the borrower is putting themselves in a potentially vulnerable position.

It's all good, until it isn't

One of the major contributors to the last financial crisis was an increase in mortgage losses, causing stress on the financial markets. While borrowers and mortgages today are underwritten to far greater standards than prior to the Great Recession, there is still a huge financial strain on the mortgage market today that's only just beginning.

Moratoriums and forbearance plans have created a mandatory pause in the natural process for when a loan becomes defaulted. But things are now coming due. At the end of July 2021, 1.45 million borrowers were 90 days or more past due on their mortgage. Roughly 400,000 forbearance plans are coming due in September, with over 1 million lapsing by year's end. Black Knight's report stated that borrower performance post-forbearance plan has shifted, with noticeably more borrowers remaining in post-forbearance loss mitigation with their servicers over the past 45 days. This event has the potential to trigger a flood of housing to the market as borrowers attempt to avoid foreclosure.

Right now, homeowners are in a strong position. Housing prices are up and for the time being, holding steady, but there is some concern over a potential market correction after the expiration of moratoriums and forbearance plans. With their current equity positions, there's a strong chance the sale would more than cover their debt obligations, but if too many homeowners list their property for sale around the same time, it could create an imbalance in the market, triggering home prices to drop. If this happens too rapidly, it could leave millions of homeowners underwater, similarly to the Great Recession.

One of the major differences that make a sudden crash unlikely is the current housing shortage. At the start of the Great Recession, there was ample inventory, new construction was booming, and a small move in increased inventory was enough to tip the scale and cause a massive housing crash. Right now, it's believed there is a shortage of as many as 5.24 million homes.

Even if all 1.45 million borrowers were past due on their mortgage and all the remaining borrowers in forbearance were to sell their home or see the home go to sale through foreclosure, it wouldn't provide even half of the necessary inventory. Some markets could experience more inventory than others, which would lead to localized imbalances, but generally speaking, the shortage is adding a layer of security against a crash.

It's also extremely unlikely that a waterfall of inventory would flood the market. Governmental policies, like we've seen enacted over the past year and half, would likely restrict the amount of homes hitting the market at a given time to prevent an imbalance and sudden drop in the market like we saw back in 2008 - 2009. Even if home values do drop, it would need to be a significant drop, at minimum 20% to 30% for borrowers to be underwater again.

Refinancing isn't a bad choice, it's just important for homeowners to keep in mind that markets fluctuate and operate in a cyclical fashion. Keeping the loan-to-value ratio lower offers safety in the event of a correction, while still allowing the borrower to take advantage of the present market opportunities.

College Housing Crisis: What It Means for Real Estate Investors 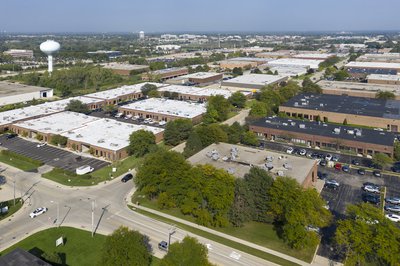