There's good news overall in the loan performance report that CoreLogic (NYSE: CLGX) released Tuesday: Nationally, mortgage delinquencies have fallen to their lowest level since March. But there still are some pockets where homeowners are falling behind at a rising pace.

The property data giant said in its monthly "Loan Performance Insights Report" that 5.9% of mortgages nationwide were at some level of delinquency -- defined as 30 days or more past due and including foreclosures -- in November.

That's two percentage points higher than November 2019, when the delinquency rate was 3.9% and no pandemic was in sight. The rate, of course, jumped sharply when COVID-19 did arrive, throwing millions of people out of work, but it's now the lowest it's been since that initial jump in April, CoreLogic says.

The company says, in fact, that new delinquencies have fallen below pre-pandemic levels and that serious delinquencies are at their lowest since June 2020.

The good news: 'a sign of growing financial stability for families'

"The consistent decline in serious delinquency since August is a sign of growing financial stability for families," said Frank Martell, president and CEO of CoreLogic. "In addition to ensuring that homeowners stay in their homes, the decline in delinquency means fewer distressed sales, which is both a positive for individual households and the overall housing market."

Joblessness in the oil patch and hospitality destinations

While unemployment rates have significantly fallen and more people can now make their payments, there's still a lot of joblessness out there. States and communities heavily dependent on the hospitality and oil industries, for instance, showed the most stress, with Hawaii and Nevada showing overall delinquency gains of 4.3 and 4.2 percentage points, respectively, year over year. That's a lot.

And Odessa and Midland, Texas, in the heart of America's oil patch, saw overall delinquency surge by even more: 9.5 percentage points and 7.4 percentage points in a year, respectively. Then there's Lake Charles, Louisiana, part of the Gulf Coast chemical and oil region and a two-time hurricane victim in 2020. CoreLogic says overall mortgage delinquencies rose there by 9.1 percentage points year over year.

Those numbers may well begin rising as forbearance plans roll off. Black Knight (NYSE: BKI) reported on Feb. 1 that there are still more than 2.7 million homeowners in those deferral plans.

"The more than 600,000 active forbearance plans expiring at the end of March represent a significant unknown in terms of impacted borrowers' ability to resume making mortgage payments at that time," the Black Knight report says.

That report adds that the share of borrowers in forbearance making mortgage payments has fallen to just 12%, "suggesting a population that may well face an extended challenge in getting back to current on their mortgages."

Indeed, as Frank Nothaft, chief economist at CoreLogic, says in his company's report: "Forbearance and loan modification helped struggling families rebuild their financial house in hard-hit places. While vaccination will mitigate the pandemic, the best cure for delinquency is income restoration through job creation." 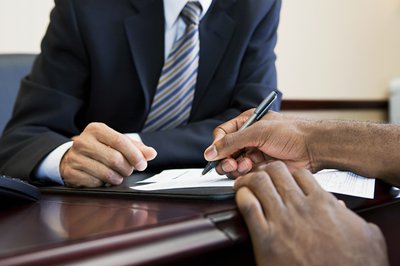