This is what investors should know about MSAs.

When most people think about the concept of a metropolitan statistical area, it's only to note that this data is connected to the census. However, as a real estate investor, familiarizing yourself with this type of core urban area can actually be a great way to maximize your returns. With that in mind, we've created a guide to them below. Keep reading to learn what a metropolitan statistical area is, how it works, and what you should know as an investor.

What is a metropolitan statistical area?

A metropolitan statistical area (MSA) is defined as a region that consists of a principal city and any surrounding communities linked to the city by various social and economic factors as outlined by the United States Office of Management and Budget (OMB). Notably, the city must also have a population of at least 50,000 people in order to qualify. As of March 2020, there are 384 regions that meet the criteria to be called an MSA in the United States, including New York-Newark-Jersey City and Dallas-Fort Worth.

In both cases, these terms are used to group together areas with a high total population for statistical purposes, such as the decennial census. The Office of Management and Budget has been responsible for collecting this data since the 1950 and, though some geographical definitions have changed over the years, the process remains largely the same.

Understanding how MSAs are typically used

In addition to being used to group population estimates for the decennial census and to track population change, the Bureau of Labor Statistics (BLS) uses MSA data to analyze the conditions in various labor markets. In this case, the thinking is that relatively stable employment conditions are created within metropolitan statistical areas because workers within the urban core and metropolitan counties presumably can change jobs without having to move.

The MSA datasets are also used to help government officials make decisions about per-capita income, as well as spending patterns and rates of unemployment. Ideally, this information will be used to help them formulate policies that stimulate economic growth. However, this decision-making happens on a federal, state, and local level.

What investors need to know about investing in metropolitan statistical areas

MSAs are usually some of the strongest markets

As a real estate investor, you can also benefit from the government tracking the status for statistical purposes. This is especially true if you're interested in remote investing rather than just buying a house around the corner from where you live. You can use relevant data as part of your market analysis to help you zoom in on the real estate markets experiencing high growth.

When performing a market analysis, the first thing to look for is a history of strong population growth. Beyond that, you'll also want to look for steady growth in employment across multiple Industries. Finally, you'll also want to consider the strength of the real estate market. Fortunately, in addition to census data, the National Association of Realtors (NAR) also collects housing data centered around each metropolitan area.

Remember earlier when we said that metropolitan statistical areas typically have a strong labor market because it's possible to change jobs without having to make a major move? That same principle is one of the main reasons why it's worth investing in an MSA.

Here, you don't necessarily have to live in the urban core to work there. You can often commute into the city fairly easily, which gives you more flexibility for where you can invest. In this case, you don't necessarily have to invest in the core urban area in order to generate high returns. Instead, you can look in an adjacent county that would still allow your tenants an easy commute to work. Doing so can also help you buy into the market at a more affordable price point.

Be prepared to face some stiff competition

Lastly, if you land on a metropolitan statistical area with a growing total population, a strong job market, and a steady housing market, you likely won't be alone in your desire to invest. Odds are that investors and businesses will be coming from far and wide to try and capitalize on the possibility of growing returns.

If you do decide to invest in the market, be prepared to face some stiff competition. Be sure to connect with a local real estate agent who can help give you insights into the local market.

In addition, when you're ready to submit an offer, put your best foot forward. Your offer will likely be one of many, so do your best to make sure it stands out from the crowd.

As a real estate investor, there's plenty of reasons why you should familiarize yourself with the concept of a metropolitan statistical area. To that end, use this guide to help yourself start to get acquainted with MSAs and how they work.

When you're ready to start doing your market analysis, you can use census data. However, if you want to make it easier on yourself, there are plenty of other real estate companies that will compile this type of dataset for you. Just be sure to do your research into any company before you spend money for a specific service.

11% of the mega-wealthy swear by this investment…

If you, too, want to invest like the wealthiest in the world, we have a complete guide on what you need to take your first steps. Take the first step toward building real wealth by getting your free copy today. Simply click here to receive your free guide. 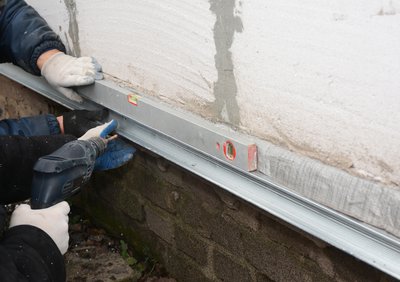 Should You Buy a Home With Foundation Issues? Be Wary But Aware That Solutions Exist

What Is a Deed in Lieu of Foreclosure?