Will Remote Notarization Rules Change Because of COVID-19?

Notarization is a key part of the real estate transaction process. Through notarization, a notary verifies the identity of a document signer through a variety of methods. Traditionally notarization was done in person; however, over the last few years, innovations in technology have led more states to create laws allowing for notarizing through video or other methods.

While nearly half of states around the country allow some form of remote online notarization, 55% still don't. As governments ask us to limit in-person contact during the COVID-19 outbreak, many people are wondering how documents, including loan and real estate transfer paperwork, can get notarized. Allowing remote notarization through video or the use of remote notarization services could be the answer.

A variety of states that did not previously allow remote notarization have been moving quickly to change that.

New York Governor Andrew Cuomo issued an executive order that allows New York notaries to notarize via video. The video cannot be prerecorded, and the person must present valid photo identification during the video conference.

Wisconsin's Department of Financial Institutions has authorized remote online notarization through online providers, including Notarize.com and NotaryCam. Wisconsin had a remote notarization law already on the books to take effect on May 1, 2020.

New Hampshire Governor Chris Sununu signed an executive order on March 23 that allows for remote notarization through audiovisual recording. The notary would be required to keep the recording as long as they are an active notary.

Senators Mark Warner, D-V.A., and Kevin Cramer, R-N.D., introduced the "Securing and Enabling Commerce Using Remote and Electronic (SECURE) Notarization Act of 2020" into the U.S. Senate on March 18. The legislation would make remote online notarizations legal around the country. Every notary in the United States would be allowed to notarize remotely. Multifactor authentication and an audiovisual recording of the notarial act would help prevent fraud.

As Senator Warner said on his statement about the bill on his website: "Virginia has safely and securely allowed the use of remote notarizations for years. At a time when most people should be staying at home, there's no reason anyone should have to leave just to get notary services."

North Dakota Governor Doug Burgum has backed the introduction of the SECURE Act. The legislation has been endorsed by the American Land Title Association (ALTA), the Mortgage Bankers Association (MBA), and the National Association of Realtors (NAR). If it is passed, it could go into effect immediately.

While the U.S. has been moving toward remote notarization for years, state by state, this crisis could be the thing that pushes us toward a national resolution.

Trudeau Plans Ban on Foreign Buyers -- Could It Happen Here?

3 Money-Saving Strategies for Your First Home's Down Payment 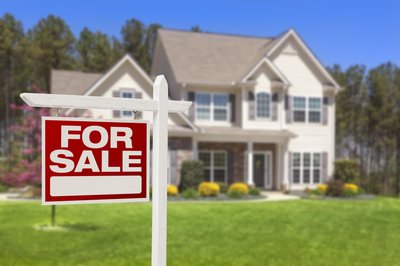