Kilroy Realty (NYSE: KRC) currently focuses on owning office buildings in West Coast markets. However, that's about to change. The office REIT, or real estate investment trust, has agreed to purchase a property in the fast-growing Austin, Texas, market. It believes Austin has many of the same characteristics as its current West Coast markets.

Here's a closer look at the deal and why it sees a bright future in the Austin office market.

Putting capital back to work

The Indeed Tower transaction establishes Kilroy's presence in Austin, diversifying its West Coast-focused portfolio. Further, given the building's size, Kilroy will immediately become the fifth-largest office landlord in the city. Meanwhile, it has significant value-add upside as the company leases up the recently completed building.

This transaction will enable the company to effectively put the proceeds of its recent asset sale back to work in a higher-returning opportunity. It previously sold The Exchange on 16th, a 750,000-square-foot office property in San Francisco, for $1.08 billion, representing a record value of $1,440 per square foot. It's replacing that building with a similarly sized office property in a faster-growing market at a much lower value of $800 per square foot.

Kilroy sees Austin as an excellent strategic fit for its portfolio because it has a similar investment profile as its existing West Coast markets. A growing number of technology giants are setting up shop in Austin, including many of Kilroy's existing West Coast tenants like Amazon, Facebook, Apple, and Alphabet. Because of that, the city has the fourth-largest concentration of technology talent in the country, behind San Francisco, Seattle, and New York. Meanwhile, it's the top market for the in-migration of tech workers.

Austin has several features that attract technology companies and their workforces. Texas has no state income tax, while Austin has a low cost of living (2.5 times less than New York City) and a high quality of life as the world's live music capital.

It's also in the Central Time Zone, making it easier to access clients on both coasts. These features are leading an increasing number of technology companies to relocate or expand to the city. Further, its deep knowledge worker base -- thanks in part to the University of Texas at Austin -- has made it the fifth-largest recipient of venture capital investments in 2020 as new start-ups chose the city as a launching pad.

Austin's attraction has made it one of the stronger office markets in the country. Over the last five years, asking rents have grown 17%, better than Kilroy's West Coast markets (15%) and the U.S. average (9%). That outperformance appears likely to continue in the future as more companies move to the Sun Belt city because of its better business climate.

For years, most large office REITs focused on owning properties in high-cost coastal gateway cities like San Francisco and New York. That's because they benefit from relatively steady demand and rent growth. However, the pandemic has changed the narrative. More companies and their workforce desire the greater affordability and freedoms found in Sun Belt markets like Austin.

This migration mega trend could drive faster growth in places like Austin over the next several years. This means real estate investors should consider ways to add exposure to that city to their portfolio. While Kilroy is an emerging option, fellow office REITs Cousins Properties (NYSE: CUZ) and Brandywine Realty Trust (NYSE: BND) have significant exposure to the Austin market. That could make them even more compelling opportunities for those looking to add the fast-growing Texas city to their portfolios. 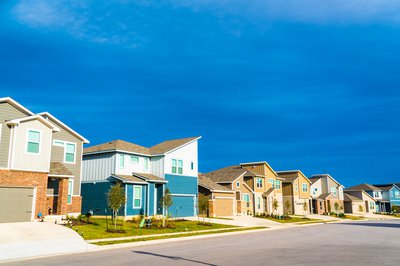