Note: Our market forecast includes Charleston data and data from its surroundings, including North Charleston.

A leisurely walk through Charleston's downtown historic district takes visitors back in time, with the city's old-world charm and blend of architectural styles. Routinely named one of the top travel destinations in the world, Charleston has a rich history, world-class cuisine, sandy beaches, and so much more.

However, unlike many vacation spots where travelers only come for a week and then return, Charleston's allure has a growing number of visitors choosing to make it their permanent home. The city's population growth has enhanced its appeal to real estate investors.

Nestled in South Carolina's Lowcountry region along the Atlantic Coast, Charleston has a rich history. Founded in 1670 as Charles Town in honor of King Charles II, the city became a major trading port and was once one of the largest cities in North America. The importance of its port made Charleston a key maritime battleground in both the American Revolution and the Civil War.

While Charleston's port remains a key economic driver in the region -- it handles about 22% of South Carolina's port system's total container volume -- the city has a diverse economy that has grown briskly in recent years. Its GDP has surged 75% over the last decade, according to the Federal Reserve Bank of St. Louis.

As a result, Charleston rates high for job growth and overall business climate. Add that to the city's high quality of life, thanks to its rich history and warm weather, and it has been a magnet for millennials and baby boomers in recent years.

Overall, Charleston's population has grown three times faster than the national average and double South Carolina's growth rate. That upward trend should continue over the next decade, with forecasters predicting that the city will expand by another 25% by 2030. As a result, housing demand should remain robust in the region, making it an ideal location for real estate investors.

The Charleston real estate market remained strong in 2020 despite the impact of the COVID-19 outbreak on the city's hospitality and tourism sector. South Carolina quickly reopened much of its economy after the initial wave and didn't restrict indoor dining or other activities during subsequent waves.

Meanwhile, in-migration to the city continued as the region's economy barely skipped a beat, leading to a below-average unemployment rate. On top of that, retirees and remote workers also kept moving into the region because of its warmer weather, high quality of life, and affordability. As a result, inventory remains low, causing home prices to continue climbing.

In January 2021, Charleston's unemployment rate was 4.3%. That's a slight increase from its pre-pandemic level. However, it's well below the national average and much improved from its peak during the initial days of the COVID-19 outbreak. The city benefits from a diversified and overall stable economy thanks to a significant employment base in the healthcare, military, and aerospace sectors.

The housing market is tight

While Charleston lacks single-family housing inventory, the region has a glut of rental units. As a result, its vacancy rate is well above the national average, while the average rental rate is below average. That's due to a significant amount of multifamily development in recent years; the transient nature of some residents, as Charleston has high student and military populations; and a higher number of short-term rentals serving the tourism industry.

As noted, the Charleston market is strong, as evidenced by the following key housing demand indicators.

Charleston's unemployment rate has been below the national average for several years. While it spiked during 2020 as a result of the pandemic, it quickly recovered, even though the city has a significant number of hospitality-related jobs due to the importance of the tourism industry to its economy.

While some restaurants permanently closed because of the pandemic, South Carolina's government quickly reopened its economy, allowing many restaurants to operate at near capacity for much of the past year. As a result, tourists continued to visit the region, keeping its hotels occupied and its restaurants busy.

Charleston's home prices are slightly below the national average, though they have grown nearly in tandem with the national trend over the past five years. That's due in part to the overall affordability of housing across cities in the Sun Belt region like Charleston. Meanwhile, even though many more people are moving into the city than leaving, new construction has helped absorb much of this demand growth to keep housing prices from overheating.

Rent prices are a bit below the national average in Charleston, though rental rates have steadily increased along with the national trend. One factor keeping down rental prices is an overabundance of rental housing in the market.

Here's a snapshot of what the housing supply looks like in Charleston.

While housing supply in Charleston is tight at less than three months, the region isn't as supply-constrained as the rest of the nation. Still, homes are moving at a brisk pace, as the region's supply hit its lowest level in 20 years to start 2021 at around 2,300 homes. That's less than a quarter of the listings needed to bring the market back into balance with demand, according to data from the Multiple Listing Service.

Rental vacancy rates are high in Charleston. That's due to a glut of apartments in the region as builders have developed new multifamily units faster than demand in recent years. There also seems to be some vacation rental influence in this number, as data from REIS, the real estate solutions arm of Moody's (NYSE: MCO), pegged Charleston's apartment vacancy rate at 8% in early 2020.

Architectural billings, a leading indicator of commercial building activity, have been generally above the national average in the South over the last five years. While they collapsed during the early part of 2020 due to government-mandated shutdowns to slow the pandemic, this metric recovered faster than the national average during the latter part of the year. That's because many Southern states reopened their economies more quickly than other regions and kept them open despite new virus surges.

Construction costs have risen nearly 5.5% over the past year. That's mainly due to surging lumber costs because of shortages and significant demand from homebuilders and home remodeling projects.

As of January 2021, there were 551 single-family housing permits issued in the Charleston metro area, roughly 100 more than forecast. That suggests strong demand for housing in the region. On the one hand, that's good news for future buyers, since it should help with the region's inventory issues. However, the additional supply could impact home price growth.

As of January 2021, there were 174 multifamily housing permits issued in the Charleston metro area, right on target with the forecast. That broke a streak throughout 2020 where permits came in below forecast. One concern for investors with the uptick in permits is that Charleston already has a lot of multifamily vacancies, suggesting that the region's glut could get worse, putting some pressure on rental growth.

As stated earlier, Charleston quickly recovered from the initial impact of the pandemic.

Despite the spike in delinquencies last year, Charleston's foreclosure rate has continued its overall downward trend in recent years. That's mainly due to a significant amount of government support throughout the pandemic to keep people in their homes. 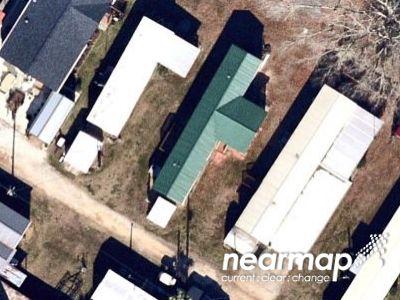 Charleston's low unemployment rate is due in part to its strong regional economy, supported by several notable industries:

Charleston is home to several colleges, which drives the steady need for student housing:

Charleston has several historic neighborhoods on the Peninsula and many more across a bridge to one of its suburbs. Here are a few notable ones for investors.

Charleston has been growing at an above-average rate for the past several years. It attracts baby boomers looking for a warmer climate and high quality of life and millennials searching for employment. Those two catalysts should continue driving the region's growth over the next decade, with one forecast estimating that its population will expand by 25% by 2030.

That projection bodes well for real estate investors in Charleston, as housing prices should continue to climb. It should also help fill some of the city's vacant apartments, which would drive steady rent growth.