Innovative Industrial Properties (NYSE: IIPR), an industrial real estate investment trust (REIT) that specializes in leasing property for the use of medical marijuana, recently announced its plan to expand its current partnership with Goodness Growth Holdings, Inc. (CSE: GDNS; OTCQX: GDNSF). This is welcome news for New York state, where Innovative Industrial Properties plans to add a 324,000-square-foot industrial property to its portfolio in partnership with Goodness Growth, one of the company's existing tenants. Here's what real estate investors need to know.

As of Q2 2021, New York made up only 4.2% of the company's portfolio, a seemingly small number considering the potential for expansion in the state for medical marijuana today. Despite medical marijuana being legalized in the state of New York in 2016, use, even for medical purposes, hasn't become as mainstream as it has in other states. Restrictive qualifications have made it a challenging market to grow in, that is, until March 2021, when the Marijuana Regulation & Taxation Act (MRTA) was signed into law.

This law attempts to reduce barriers for access to medical marijuana and increase tax revenues tied to the estimated $5 billion in sales revenues from the illicit cannabis market in New York while also authorizing a regulated adult-use cannabis program. While specifics including licensing surrounding the new bill and adult-use won't be ready right away, the passing of this bill is great news for New York, Innovative Industrial Properties, and marijuana operators like Goodness Growth. New Frontier Data, an industry data provider, forecasts New York will become the second-largest regulated cannabis market in the United States by 2025, behind only California.

Goodness Growth, a licensed operator for medical marijuana, will build and occupy the new facility, receiving reimbursement from IIPR up to $46.1 million for the construction of the building. This New York property will be added to its current lease agreement with IIPR in addition to one property in Minnesota. Innovative Industrial Properties isn't the only marijuana-focused REIT anymore, but it is the first and by far the most dominant operator in this industry. The company's further expansion into New York can be seen as a signal to investors that it believes in the potential for growth here. I personally believe the company will continue to expand its presence in the state of New York while others will slowly start to enter or expand their operations in the area as well. after the pandemic rocked New York City, this opportunity will likely be a well-received option to boost the state's revenues. 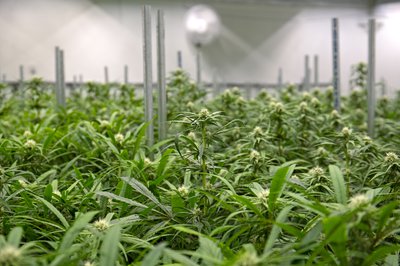 Two Cannabis REITs are 'Budding' into One New Joint Venture 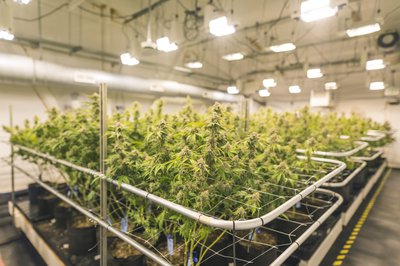