Note: Our market forecast includes Minneapolis data as well as data from its surroundings, including Saint Paul and Bloomington.

Situated on both banks of the Mississippi River, Minneapolis is the state of Minnesota's most populous city. Together with its neighboring cities, Saint Paul and Bloomington, it makes up a metropolitan statistical area of over 4 million people.

As the largest of those three cities, Minneapolis is home to strong music and performing arts scenes. It is especially known for its folk, funk, and alternative rock and has launched the careers of many well-known artists, including Bob Dylan, Prince, and more recently, Lizzo.

In a lot of respects, the real estate market in Minneapolis is doing fairly well. While the area does follow along with some national trends, such as having higher-than-usual unemployment and delinquency rates, many of those can be attributed directly to the pandemic and are now showing signs of recovery. In addition, many of the peak figures for these indices were much lower than the national average.

However, in order to give you a clear picture of what to expect from the real estate market in the Twin Cities, we've picked out three major trends for you and have expounded on them below.

While many major cities have experienced a surge in vacancies amid the pandemic, rental vacancies have actually fallen in the Minneapolis area, down 0.4% year over year. In addition, rental rates have increased in the past year as well, rising from an average of $1,522 to $1,538 in the last year.

Inventory is low, but rising

Minneapolis currently has 1.3 months of total housing supply as of January 2021. While this is certainly a low number and has caused housing prices to rise accordingly, investors should know that number is actually an improvement. It's up from a low of 0.9 months in December 2020. Plus, the number of housing permits for both single-family and multifamily properties have exceeded expectations in the last few months, which suggests the inventory shortage should be lessening in the near future.

While unemployment is up as a result of the pandemic, all other housing indicators show that the real estate market in Minneapolis is holding strong.

Though unemployment in Minneapolis has had its ups and downs over the years, for the most part, it held fairly steady until March 2020 when the coronavirus pandemic hit. At that point, it proceeded to rise until it hit a high of 9.2% in May 2020. However, it’s worth noting that Minneapolis’s high point was actually much lower than the national average of 13.3%.

Since then, it appears to be making a strong recovery, which is good news for investors.

With a median home price of just $303,0000, property values in Minneapolis fall just below the national average of $330,000. Still, while those prices may seem fairly affordable for a large city, housing prices in Minneapolis are following along with a national trend. Put simply, they're rising at a fast pace due to a widespread lack of inventory. In particular, Minneapolis home prices have shot up 11.4% on a year-over-year basis.

While that may not seem like much, it should be taken as a positive sign, considering that other large cities have had to lower rent prices as a result of people fleeing densely populated areas amid the pandemic.

Like most of the nation, Minneapolis seems to be facing an inventory shortage as well as a decline in construction jobs. However, according to the data, it appears as though those problems may end up resolving themselves in the short term.

Across the nation, housing inventory has been on a downward trend for some time. The data shows that Minneapolis is no different. With just over 1.3 months’ worth of inventory as of January 2021, the Twin Cities sits below the national average of 1.6. That said, it's important to note that the housing supply is actually on the rise, up from a low of 0.95 months’ worth of inventory.

While it's too early to know for certain whether the inventory crisis is in the process of sorting itself out, the slight upward trend we're seeing in inventory should be a positive sign for investors.

Again, this is in contrast to a lot of other major cities experiencing a surge in vacancy rates as people have begun to be able to work remotely.

At its core, the architectural buildings index is a measure of nonresidential construction activity. However, in addition, it can also be used to help gauge the temperature of the market as a whole. Though this index has dropped quite a bit on a year-over-year basis as a result of the pandemic, it didn't quite fall far as the national average, yet another sign that the real estate market in Minneapolis is holding its own.

Meanwhile, the construction indicators do point to some trouble for Minneapolis. For their part, construction costs have continued on an upward trajectory since 2016, now up 6.7% over the last year. These numbers are likely due in part to the trade problems we have had over the last year, as well as the nationwide lumber shortage.

Meanwhile, construction jobs are also down on a year-over-year basis, likely because of the pandemic-induced shutdown. Even though Gov. Tim Walz deemed the construction industry to be an essential business, a recent article for MinnPost found that many construction companies have been forced to lay off workers due to a wave of clients canceling jobs.

However, despite the fact that construction jobs are down, the number of single-family housing permits is above projections. As of February 2021, there were 805 permits issued compared to a projected 576. Those numbers suggest that the decline in construction jobs looks to be a short-term issue.

The same is true on the multifamily side of things. As of February 2021, there were 1,103 housing permits issued compared to a projected 764. On the bright side, having numbers like those could help ease the city's inventory shortage. However, on the other hand, there's also the possibility that inventory could eventually outpace demand if unemployment remains higher than normal.

As far as financial health indicators are concerned, Minneapolis seems to be doing much better than the rest of the nation.

While delinquencies have been up over the past year, likely due to the governor's eviction moratorium, it's important to point out that Minnesota's high of 5.4% was nowhere near the national average of 7.7%. In addition, that number is trending down since July. It currently sits at just 4.8%, and that number should continue to drop as the state moves forward with its reopening plan.

Where foreclosures are concerned, Minneapolis is also operating at a much lower rate than the rest of the nation. While the national average sits at 0.3%, Minneapolis is at a rate of just 0.1%. It's likely that many of the expanded protection options, including mortgage forbearance, have made it easier for homeowners and landlords alike to avoid foreclosure. 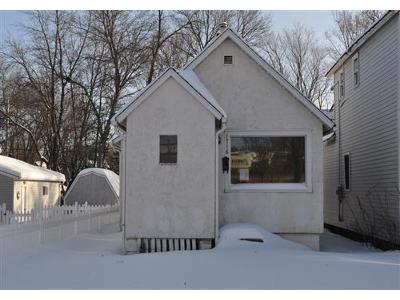 While Minneapolis did experience higher levels of unemployment during the pandemic, it's interesting that the top three anchor institutions in the city are essential businesses. This fact may help explain why the Minneapolis economy seems to be faring better than other major cities.

Investors who are looking to specialize in student housing will find plenty of opportunities around the University of Minnesota Twin Cities campus. That said, Minnesota differs from other major cities in that the other two major learning institutions in the area are geared toward online students.

Minneapolis is home to many diverse neighborhoods, which means the question of where to invest depends on the type of property you're hoping to buy. With that in mind, we've laid out three neighborhoods that will appeal to different kinds of investors.

When you look at everything all together, the real estate market in Minneapolis has a lot going for it. Although rental rates are lower than you may find in other areas of the country, property values are lower as well. In addition, many of the metrics that have taken a hit during the pandemic in other large cities are doing fairly well in Minneapolis. This suggests that the city has a strong economy as the foundation for its real estate market. While It's always important to do your research before making any investments, Minneapolis might be a city worth putting on your watch list.