Note: Our market forecast includes Detroit data and data from its surroundings, including Warren and Dearborn, Michigan.

Detroit is one of the largest cities in the Midwest. Second only to Chicago, it's Michigan’s biggest city, as well as the county seat for Wayne County. Notably, Detroit is also located on the Canadian border, a fact which has made it a key city for trade since its inception in 1701.

Today, however, Detroit is a diverse economic and cultural hub. Known colloquially as the “Motor City,” the automobile industry found its home in Detroit in the early 20th century. Today, a number of Fortune 500 companies reside in the area, including General Motors (NYSE: GM), Ford Motor (NYSE: F), and Penske Automotive Group (NYSE: PAG). In addition, the city is known for giving rise to Motown and techno music.

The Detroit housing market has long been a subject of debate among investors. In particular, in 2021, while it's clear that the area is still working to stave off some of the effects of the pandemic, other metrics are showing that the city is well on its way to recovery. Here are three current trends to consider before you add properties in the Motor City to your portfolio.

Like everywhere else, Detroit’s median home price is feeling the effects of the ongoing inventory shortage. Still, even though prices are up over 14% on a year-over-year basis, the median home price of $160,000 is well below the national average of $353,000, which gives investors a lot of wiggle room on their bottom line.

Rental vacancies are also up

Those who are thinking of following a buy-and-hold strategy may want to consider that rental vacancies are up to 8.7% as of March 2021. That figure is much higher than the current national average of 6.8%. While the increase in the vacancy rate doesn’t seem to be impacting rental rates yet, it may have an impact on your turnaround time and marketing efforts.

While the foreclosure rate is down in Detroit right now, that's likely due to the increase in pandemic-related assistance measures. Unfortunately, at the same time, mortgage delinquencies are up, along with unemployment, which suggests that many individuals in the area are still struggling financially.

While Detroit’s housing demand indicators show that the city is still feeling some of the effects of the pandemic, by and large, they also create a positive outlook for investors.

Last year, unemployment was one of the areas where Detroit was hit hardest by the pandemic. At its peak in May 2020, the unemployment rate in the Motor City hit a staggering 24.8%, which was almost double the national average of 13.3%. However, since then, this metric has made a great recovery.

Per the latest statistics in March 2021, Detroit's unemployment rate has dropped to just 4.5%, noticeably lower than the current national average of 6%.

Meanwhile, rent prices in Detroit are also rising, up 7.8% on a year-over-year basis. At an average of $1,284 as of March 2021, rental rates are just about 25% behind the rest of the nation. However, when you consider home prices are around 55% below the national average, odds are good that you’re likely to come out ahead on your investment.

Detroit’s housing supply indicators are more mixed. While some metrics show that the city is doing better than expected, others may give investors cause for concern.

Total housing supply is the metric where we see the greatest impact from the current inventory shortage. Detroit’s March 2021 figures indicate that the Motor City only has a 1.3-month housing supply, which is down 1.8% on a year-over-year basis.

Yet while that number may seem low, it’s actually better than expected. After all, the nation as a whole only has 1.09 months’ worth of inventory as of March 2021.

Unfortunately, rental vacancies is a metric where we can see that the city of Detroit is still struggling to get its footing. With a current rate of 8.7% as of March 2021, the vacancy rate is much higher than in the rest of the country, as the national average sits at just 6.8%.

In all, this means that investors need to be prepared for longer turnaround times between tenants and may need to reduce rental rates in the event a vacancy is particularly hard to fill.

Measuring 56.5 as of March 2021, the Midwest is actually experiencing slightly more demand for these services than the rest of the nation and is up over 12% since last year.

This index is another area where the Midwest has made a great recovery since the height of the pandemic. At its lowest point in April 2020, the index only measured 31.2, meaning that it's bounced back by over 25 points in the last few months.

For their part, construction costs are up 7% on a year-over-year basis, which is hardly unexpected. Construction costs have been on an upward trajectory since 2016, and the problem was certainly not helped by pandemic-related supply chain issues and the midyear lumber shortage.

As far as single-family housing permits, Detroit's supply is currently outpacing projections. In March 2021, a total of 617 permits were issued, compared to a projected 464. From a short-term outlook, this surplus will go a long way toward helping to ease the inventory crisis. However, if it continues to become an ongoing trend, there’s a possibility Detroit could reach a point where supply outstrips demand.

Similarly, the number of multi-unit housing permits issued has also started to outpace projections. In March 2021, 299 permits were issued compared to a projected 218.

This metric will likely have more of an overarching impact on investors. If the number of issued permits continues to surpass projections, we could see the rental vacancy rate continue to rise and rental rates begin to fall as a result.

Although Detroit’s real estate financial health indicators are not in perfect shape, they are improving, which suggests that the city is on the road to recovery.

At 3.9%, mortgage delinquencies are up in the Motor City on a year-over-year basis. However, the slight rise of 0.6% is likely due in large part to the pandemic. In particular, the eviction moratorium, which has been hotly contested in Michigan, has made it difficult for many landlords to keep up with the monthly mortgage payments on their investment properties.

On the other hand, Detroit foreclosures are actually down since the start of the pandemic. Now sitting at just 0.1%, it’s likely that many of the pandemic-related assistance measures, such as increased forbearance protections, have enabled people to avoid going through the foreclosure process. 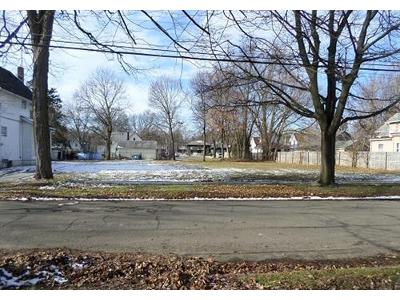 One potential criticism of Detroit from an investing standpoint is that its economy may not be as diverse as it could be. In order to give you more context, here are the metro area’s top three employers, ranked by the number of local employees, according to Detroit Regional Partnership.

While there are only three colleges and universities in Detroit proper, there are quite a few other options in neighboring towns like Ann Arbor and Rochester. We’ve included them for the consideration of investors who want to specialize in student housing.

Detroit is a city where conditions vary on a street-by-street basis. With that in mind, if you’re thinking of investing there, you’re definitely going to want to spend some time with boots on the ground. Here are some choices among the 17 recognized neighborhoods to help you get started with your search.

Although the city of Detroit has had its ups and downs over the years, from a real estate investing perspective, this metro area has a lot to offer. With below-average housing prices and rising rents, the typical investor could make out well here. Still, as with any city, it's crucial to do your research before getting involved with any particular investment.