Note: Our market forecast includes Chicago data and data from its surroundings, including Naperville, Indiana, and Elgin, Wisconsin.

With a population of almost 2.7 million as of 2019, Chicago is by far the most populated city in Illinois and the third most populous city in the United States. Located on the shores of Lake Michigan, Chicago was originally meant to be a port city between the Great Lakes and the Mississippi River. It was first established in 1837.

Today, Chicago is much more than a port. The Chicago area is home to a number of Fortune 500 companies, including Allstate (NYSE: ALL), Kraft-Heinz (NASDAQ: KHC), and McDonald's (NYSE: MCD). The Chicago area is also a hub for higher learning institutions like the University of Illinois at Chicago and Northwestern. Plus, it's a top tourist destination, boasting attractions such as the Willis (Sears) Tower and the Lincoln Park Zoo.

For the most part, the real estate Industry in Chicago seems to be following the rest of the nation. By that, we mean although it has been greatly impacted by the pandemic, it's showing signs of making a recovery. Here are three trends that you should be aware of before adding the Windy City to your portfolio.

Rental vacancies are up while rents are down

Unfortunately, like many other large cities, rental vacancies are currently up in Chicago, while rental rates are trending downward. That said, vacancies are only up 0.8% year over year, and rents are only down by 2.9%, which puts Chicago in a better position than other places in the country.

Hopefully, as the vaccine rollout continues and more people begin to return to office settings, the vacancies will begin to fill and rental rates can rise again.

Inventory is low, but new construction is on the rise

In addition, there's currently only 1.4 months' worth of inventory in the city, which has caused home prices to rise dramatically in the recent past. However, again, we foresee this being a short-term issue. According to the architectural buildings index and the number of single-family housing permits, new construction seems to be on the rise, which will help to ease the inventory shortage.

Lastly, unemployment is still high in the city. At 8.3% as of February 2021, it's currently up 4.5% year over year. However, this measurement is a drastic improvement from the height of the pandemic. Still, investors need to be aware that the unemployment rate could affect renters' ability to pay, which could lead to problems keeping up with the landlord's mortgage.

Unemployment rates are high all over the country due to the pandemic, and the Windy City is no exception. As of February 2021, Chicago's unemployment rate sits at 8.3%, a figure that's up 4.5% year over year and higher than the national average of 6.2%.

But although that percentage may seem high, it's actually made a significant recovery. When unemployment was at its peak in April 2020, the unemployment rate in Chicago was at 16.5% while the national average was only at 14.8%.

With a median home price of just $300,000, Chicago remained relatively affordable among major cities. In contrast, the median price across the nation is $353,000 as of March 2021. Still, it's worth noting that that figure has jumped significantly on a year-over-year basis, over 13%, likely due to the current inventory shortage gripping the country.

At $1,661 as of March 2021, the median rent price in Chicago is relatively comparable with the current national average of $1,721. Yet the median rent has actually dropped in the last year, down almost 3% on a year-over-year basis, most likely due in part to an increased number of rental vacancies.

In Chicago, housing supply indicators are a mixed bag. While some show that the city is on the road to recovery after the pandemic, others indicate it has a long way to go before returning to normal.

For its part, the total housing supply in Chicago has continued its downward trajectory. Down almost 2% year over year, there are now only 1.4 months of supply in the city and surrounding areas.

Investors will find that having this little inventory means there will be more competition when it comes to putting in offers on available properties. You may need to offer a higher-than-usual purchase price or other incentives in order to stand out from the crowd, which also means that you will need to adjust your bottom line accordingly.

Meanwhile, at 7.4%, rental vacancies are up in the city right now. This is another area where Chicago is following along with national trends. Many major cities, particularly those with notoriously high costs of living, experienced an exodus of renters when the pandemic hit and people began to be able to work remotely.

However, we're guessing that this is likely to be a short-term issue. For one, the rental vacancy rate in Chicago is only up 0.8% for the year. For another, as people start to get vaccinated and return to work, these rental vacancies should once again start to be filled.

Sitting at 56.5, this index is a positive sign for the Chicago real estate industry and its recovery. Architectural billings are typically used as an indicator of nonresidential construction activity. However, they can also be seen as a way to take the temperature of the state of the market.

Although this metric took a dip when the pandemic was at its worst in March 2020, it's since bounced back. Billings for the Midwest region are up 12.3% for the year as of March 2021 and are better than the national rate of 55.6. As a rule of thumb, an index above 50 means that more firms reported a demand for their services.

Unfortunately, the construction indicators show that, in some areas, Chicago is still struggling to deal with the effects of the pandemic. For their part, construction costs are continuing the upward trajectory that they've been on since 2016. However, in the last year, they've risen a staggering 7%, which is likely due to pandemic supply chain issues.

While the number of single-family housing permits has had its ups and downs since Housing Tides began tracking the data in 2016, this index is currently in a major upswing. In March 2021, 1,017 permits were issued compared to a projected 609. In the near future, the surplus is thought to be a good thing, as it will help to ease the current inventory crisis.

On the other hand, the number of multifamily housing permits is trending lower than expected. While Chicago had forecasted approving around 525 permits in March 2021, only around 480 were ultimately issued. This may have to do with the increase in rental vacancies the city is currently experiencing.

Where Chicago's real estate financial health indicators are concerned, the results indicate that the Windy City appears to be making a recovery.

Registering at 5.6% in March 2021, the delinquency rate is currently up 2.1% year over year and higher than the national average of 5.02%. This number can be attributed, at least in part, to the fact that the statewide eviction moratorium that is currently in place has made it hard for landlords to manage their payments.

Notably, however, odds are good that we may see this number fall in the near future. Although Governor J.B. Pritzker recently extended the moratorium through June 30, 2021, this time, there are a few conditions that must be met. In particular, the tenant must be able to prove that they meet certain income limits and are facing a COVID-19-related hardship.

The foreclosure rate, on the other hand, is a different story. At 0.4% in February 2021, the foreclosure rate in Illinois is slightly higher than the national average of 0.3%. Yet, this index is actually down 0.2% on a year-over-year basis. It's likely that many of the pandemic relief measures, such as extended mortgage forbearance options, have made it easier for homeowners and investors to avoid Chicago foreclosures. 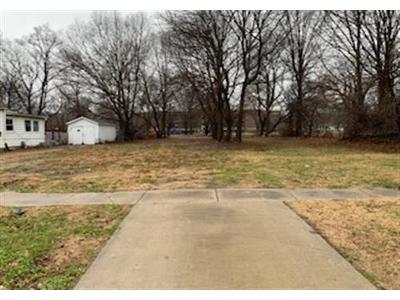 Chicago is a thriving metro area with more than ample employment opportunities. However, surprisingly, its three biggest employers are in the public sector:

As a major city with a median price point that's lower than the national average, Chicago has a wealth of neighborhoods that could be a good fit for investors. With that in mind, here are three of our top picks:

As an investment option, Chicago has a lot to offer. Specifically, price points are lower here, which means your money will go further than it might in another city. However, it's also clear that the Windy City has not fully recovered from the effects of the pandemic. With that in mind, it's important to do your research and thoroughly vet every opportunity before you invest.