Can you hear that? It’s the sound of records breaking in Miami. In mid-August, Miami-Dade County officials announced it will be selling about $1.4 billion worth of bonds that are backed by revenue from the Port of Miami, or, as locals call it, “PortMiami.” The bond issue, due to mature in 2050, is the county’s largest ever, as well as the largest sale involving port revenue since July 2020, when the Port Authority of New York and New Jersey issued a $1.1 billion bond.

PortMiami as an investment

Because the bonds being issued for PortMiami are municipal bonds, which aren’t federally protected like bonds issued by the feds, it’s really important that potential investors consider the long-term profitability of a project like this. Of course it’s important to have ports, and PortMiami is a really vital port, as they go, but that alone doesn’t make it a good investment.

In a normal economy and in a normal world, it would be a simple thing to forecast how well the port may do in the longer term, but because the pandemic has absolutely crippled some port-oriented businesses, and bolstered others, it’s going to be less than straightforward to guess how PortMiami may recover from all of this.

In 2019, the largest line item contribution to PortMiami’s operating revenues was from the cruise industry. Cruise wharfage/dockage brought in a whopping $74.816 million in the fiscal year ending Sept. 30, 2019. Rentals were the second largest, at $32.829 million. Cargo wharfage/dockage was No. 3 at $24.239 million. Container crane user fees brought in $16.712 million, and parking contributed $12.080 million.

As everybody knows, 2020 was a weird year. So the data from 2020 is also weird, but as the same issues that plagued the port in 2020 seem to be extending far into 2021, and may extend even further, it’s important to take a look at those numbers, too.

In 2020, cruise wharfage/dockage was still the most important contribution to revenues, at $45.7 million (down $29.1 million). Rentals, again, came in the second spot, at $33.9 million, roughly the same as in 2019. Cargo wharfage/dockage was up $4.9 million, at $29.1 million, which is consistent with the expansion in logistics, warehousing, and e-commerce due to pandemic lockdowns (a situation that continues to require businesses to gobble up warehouse and logistics space at an alarming rate). Container crane user fees were down slightly, at $15.1 million. Parking took a huge hit, coming in at just $6.3 million, just 52% of 2019’s haul.

Moody’s has upgraded the credit outlook for PortMiami from negative to stable. Fitch has given the bonds an “A” rating, which sounds pretty great, but coupled with a “negative” rating outlook, this indicates that Fitch is reasonably assured PortMiami won’t default, but it’s not holding its breath. In other words, today, PortMiami bonds are rated “A,” but given the short term (one to two years into the future), they may well be downgraded again.

PortMiami would still have to fall pretty far for it to be too risky, but over the next 30 years, it’s possible. There’s a lot more going on here than meets the eye.

Climate change is still a really big deal, and is already impacting Miami adversely. The U.S. Army Corps of Engineers is exploring ways to protect the city from a changing planet, including building a giant sea wall to guard against storm surge (but which does not directly address rising sea levels). However, if sea levels rise significantly, residents of Miami, including those who work at PortMiami, may well be permanently displaced.

The port itself may require significant retrofits to keep up with the changing sea levels. The current bond issue is meant to refinance $1.4 billion in outstanding bonds, which does nothing to address this very pressing potential water issue, though it does address pandemic-related cash flow.

Is PortMiami a buy? I guess it depends on how much you believe in climate change and the amount of faith you have in Miami officials addressing it swifty and completely.

Since boats are big floaty things, obviously there’s a little room to play with in there. But in the case of Miami, a rising sea level could have massive ripple effects across the local economy, well beyond the port. It’s already an expensive city for working-class housing, and increasing housing pressure due to increasingly uninhabitable land areas isn’t going to help that situation.

Who’s going to be left to work at the port in 2050? Who’s going to be taking a risk of sending their goods overland to that port, or extracting them, if, say, the highways were to flood regularly?

Miami does seem to be currently addressing future sea level rise that is, at this point, essentially inevitable, but there’s no promise it will stick to it under a different administration or given a different political climate. I completely understand why Fitch is sending mixed signals about the PortMiami bonds. It’s a very confusing situation, given all the scenarios that could be playing out in the next 30 years. If it were my money, I’d invest it elsewhere. 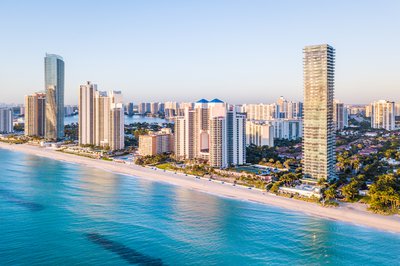 Is the School of Whales Legit? 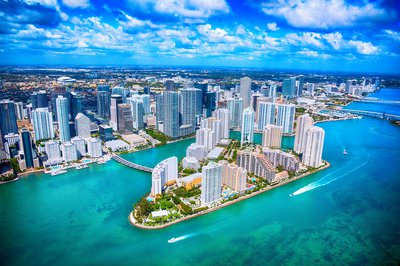 Miami’s Gone Crypto: Everything You Need to Know About MiamiCoins 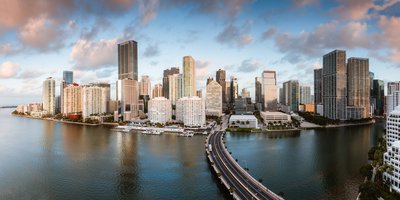