News broke Saturday that a serious oil spill had occurred along Southern California's coast. Globs of oil have so far washed up on Huntington Beach, about 30 miles south of Los Angeles, and on Laguna Beach 15 to 20 miles farther south. The area between the two, including Newport Beach, is the main focus of concern as beach cleanup and protection efforts continue.

The impact of an oil spill on beaches and wildlife is devastating. People want to know how such a thing could have happened and how to stop it from happening again. As of this writing, those questions are still being answered. The leading theory right now is that the anchor of a passing ship may have struck a pipeline on the ocean floor.

Dark days at the beach

While California has suffered a few major oil spills over the last several decades, some pretty specific data on the potential real estate impact comes from a horrific disaster in the Southeast. On April 20, 2010, the Deepwater Horizon rig exploded in the Gulf of Mexico. Eleven crew members lost their lives, and four million barrels of oil poured into the gulf and seeped into nearby beaches over the course of 87 days.

Within a few months, real estate agents in impacted markets like the Florida Panhandle and the Alabama coast were reporting home value losses of 5% to 15% year over year (YOY). As for how long a catastrophe like this can impact real estate values, one study found that impacted homes took a 4% to 8% hit in value that persisted for at least five years.

These are no small losses. But another troubling real estate observation from Deepwater is how poorly homes fared even well outside the spill zone. St. Petersburg, Florida, was hundreds of miles from the spill, with zero expected impact. Yet, within a couple of months, home sales there had fallen 8% YOY, with the spill the most likely cause. The oil never reached St. Petersburg's shores, but the stigma did, and that was enough.

But back to present-day California. It's hard to imagine how the timing of this spill could be much worse. Of course, the environmental impact would be just as horrific regardless of when it occurred. But now, the spill comes just as tourism and the businesses that rely on it -- from hotels and vacation rental properties to restaurants and shops -- are vulnerable and trying to recover from the pandemic.

The good news is that this leak was stopped much more quickly than the Deepwater spill did. The focus now is on cleaning up, rescuing the wildlife, and protecting the coastline as much as possible. Governor Newsom declared an emergency in Orange County yesterday to help focus more resources on those efforts.

It's early yet to see how successful those efforts will be. Oil is expected to continue washing ashore for days, and beaches could be closed for months. Investors are surely hoping for a shorter timeline. But perhaps the greater hope right now is that whatever needs to be learned from this disaster can be so that it will be the last of its kind. 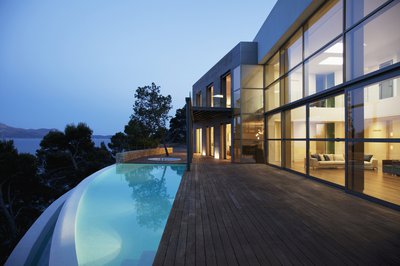