If you thought you’d made some impressive blunders when it came to real estate investments, you can rest assured that you’ve got absolutely nothing on Nile Niami, a 53-year-old LA developer who happens to hold the dubious honor of having built the most expensive American mega mansion of all time.

The mansion, simply named "The One," is an opulent palace comparable only to Nero’s "Domus Aurea," The Golden House. Like The One, Domus Aurea was an incredible testament to wealth and power, but unlike The One, it was bankrolled by the Roman Empire. The One has been primarily funded by Don Hankey’s Hankey Capital, which has approximately $115 million in loans secured by the property.

But this is not a story with a happy ending.

Hankey served papers in March to Niami, and in July, Ted Lanes of Lanes Management became the receiver of the property. Now it’s Lanes’ job to bring the house to a point where it can get a certificate of occupancy and be sold for whatever it will bring. It’s yet another story of a tragic fall from grace, but one that investors should also be taking lessons from.

The One was a mansion built for no one

As incredible as it may sound, The One was a mansion built on spec. In fact, it was one of several mansions that Naimi built hoping to find a buyer during construction or after completion. Projects that did find buyers included a $40 million mansion with an underwater tunnel sold to P. Diddy and a $38 million Beverly Hills mansion purchased by private equity investor Brian Sheth. No one questioned Naimi’s ability to sell a $40 million spec mansion; he had established a track record of success with those since his pivot to luxury homes after the 2008 real estate crash.

But as rival spec mansion builders came onto the scene, it got harder to move his builds. So, of course, he did what any reasonable builder/developer tends to do when pinned in a corner: He went big. In 2018, he met with Hankey and somehow managed to convince the notoriously conservative lender to make the $115 million loan for a spec mansion.

The rest, as they say, was history. The property has absolutely everything you might imagine would come in a mansion that once listed for $500 million, and no details were spared. Except for being completely finished, that part was kind of glossed over… which is why it’s now in receivership and has been discounted to $225 million.

There are a lot of lessons investors can take from this embarrassingly large spec mansion’s handling. But there are two big ones I think we all should recognize.

As an investor, it’s important to hedge your bets, and keeping your gambles somewhat reigned in is always where the smart money is. If you have $100 million to loan someone, loan it to someone with a proven track record building whatever it is they’re building -- whether it’s a mini-mall, an e-commerce fulfillment center, or a Domus Aurea. 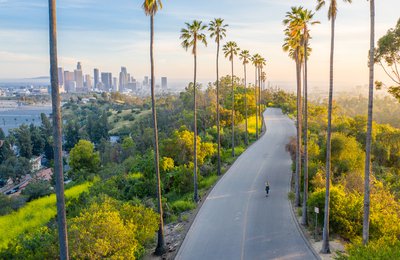